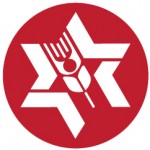 Habonim Dror is a Socialist Zionist, Culturally Jewish youth movement that has been at the forefront of Jewish education in the UK and internationally for over 90 years. Habonim, “The Builders”, was created in 1929 in the East End of London as the brainchild of Wellesley Aron, who aimed to create a space for Jewish children to gain a strong grounding in Jewish culture and the importance of Israel as a focus for the Jewish world.

Dror, “Freedom”, was formed in 1915 as the secular pioneers of Russian Zionism. Just under 30 years later they found themselves on the frontline of the Jewish underground in Poland and participating in the Warsaw ghetto uprising. Dror was affiliated to the Kibbutz HaMeuchad movement in Israel.

With the formation of the United Kibbutz Movement in 1980, the two youth movements united and “The Builders of Freedom” was formed. Today, Habonim Dror has members in over 15 countries from Argentina to Southern Africa and still holds true to the aims and values of educating and inspiring Jewish youth that have been at the core of the movement since its conception. Our activities reflect these ambitions, from our machanot, “camps”, to our Israel Tour and Shnat (gap year) programmes. Habonim Dror is proud of its heritage and hopes that we can continue to inspire for another 90 years and beyond.