It’s one week in, and Shnat Club 7 are already taking to kibbutz life like a butternut squash to a roasting tin. We’ve eaten more vegetables in the past week than Daniel Birtles, the Vegan guru himself, has had in the last 2 years. When we aren’t being shushed by angry Israeli kibbutzniks in the chadar ochel (dining room) – looking at you, Harrison – we’ve been diving head first into our intro seminar with our Aussie madricha (leader), Anne . 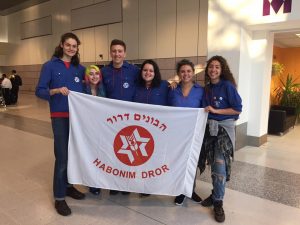 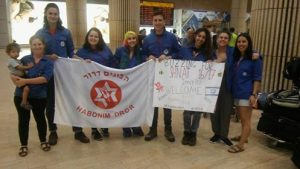 Let’s take it from the top. We were picked up at the airport by our bestie Anne and hopped straight onto a coach to kibbutz Revivim (after checking Millie’s bags had made it on the coach, of course). Bringing our bags to the bungalows proved a difficult task considering Becky decided to bring a keyboard on shnat, butwe took it on together like good little socialists and nested, embracing Nitsan, our Belgian pet friend, into the kvutzah (group).

Introduction seminar was very full on, or rather, full Anne, and we covered all the basics like transport, medical care and the existential questions of human existence. We’ve already started our path towards becoming the commies we were born to be, setting up our kuppah (shared kitty) with Katyann and Birtles as our trusty gizbarim (treasurers). Alongside all of our peulot, we’ve started ulpan (learning ivrit) – which Daniel is keener than a green bean for. At the moment, the most useful Hebrew we know is how to say our chadar ochel numbers to pay for our food – although Kezcan just use her hair as adequate identification (she’s become quite the kibbutz celebrity). We’ve also received a visit from the queen chalutza (pioneer) herself, Lucy Travis, to discuss the Manchester Jewish community (cus they don’t discuss each other enough…). In the evenings we’ve been writing our own “toot toot eruv tarbut” (evening culture) – ­ with Becky

and Millie planning a gender bender

extravaganza – would it really be Habo without a cross dress event? 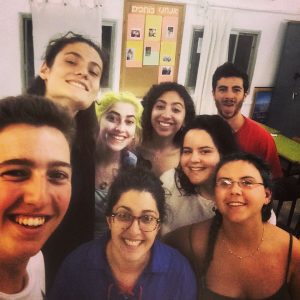 Outside of peulot (activities), we’ve been getting to know our next door neighbours from across the pond – some of us more than others ;). They fit many of the typical American stereotypes; teaching us new games like vegetable pillow wrestling and making us all hold hands whilst singing around the campfire (Millie was so uncomfortable she almost started crying). Kum-bi-yah aside, they’re actually a good laugh and no way near as weird as everyone made them out to be – even if one of them might have rabies. Together we’ve picked dates, meditated by water fountains (thanks Nitsan), gone swimming, had yoga lessons run by Millie, watched sunrise and sunset at the cactus garden (much to the enjoyment of nature boy Birtles) and generally just had a jolly good time. 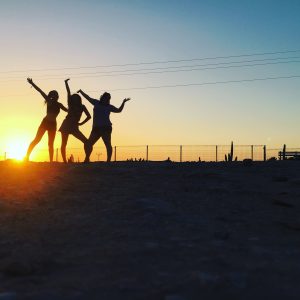 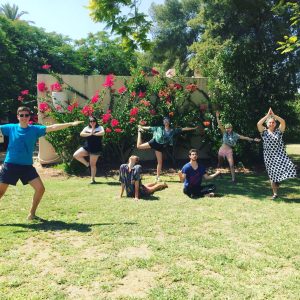 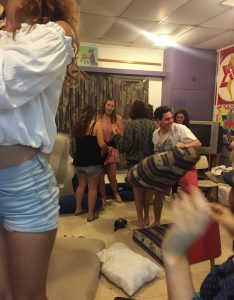 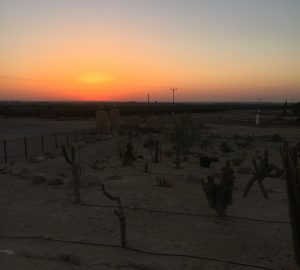 Yesterday we embarked upon our first siyur (trip) to Tel Aviv, which was loaded with kef (fun) despite being abANNEdoned by Anne. Becky almost peed herself with excitement because we got to start the day at a museum and learn about the history of the diaspora, and Katyann was in her arty element whilst we spent the afternoon on a graffiti tour of south Tel Aviv.

The only slight downer is that we won’t begetting Boneh merch because the programme’s been renamed to Shorashim – but hey ho isn’t being pioneers what shnat is all about? (What’s your type, Becky? A CHALUTZ!) 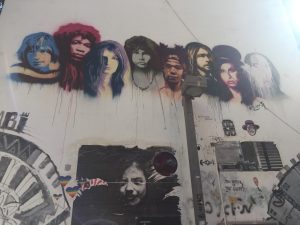 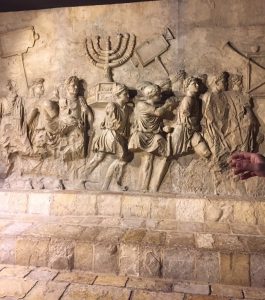 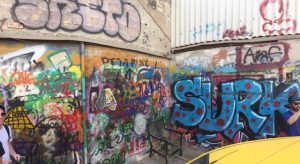